Worldwide, every two minutes a woman dies of cervical cancer. Current estimates indicate that every year 500,000 women are diagnosed with cervical cancer and 270,000 die from disease (more than 50%). After age-standardization, cervical cancer ranks as the second most frequent cancer in women in the world.

In the US, over 12,000 women are diagnosed with cervical cancer each year, over 4,000 of whom will die (about 30%). Each day in the US, about 30 women learn that they have cervical cancer. However, cervical and many forms of gynecological cancer are treatable with early diagnosis and, with the utilization of HPV vaccines, may be preventable.

The Maureen E. Russo Nonprofit Organization was founded as a promise and in memory of Maureen E. Russo, a loving sister, daughter, wife and mother who passed away from relapsed cervical cancer at the age of 37. To honor that promise and keep Maureen’s competitive spirit alive, Maureen’s family and friends founded Team Maureen in 2007 as a Pan Mass Challenge cycling team to raise funds for cancer research at the Dana Farber Cancer Institute (DFCI) in Boston, MA. That fundraising has grown to form a non-profit organization dedicated to fighting and preventing cervical cancers.

Team Maureen’s mission is to end cervical cancer by educating about the HPV cancer connection and the importance of prevention and early detection.

Sisters...why we do what we do 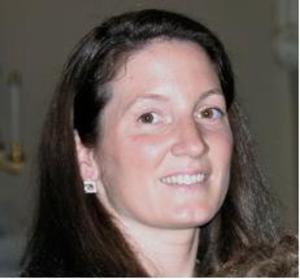 Maureen was born in Framingham, MA on October 10th, 1969 to the proud parents of Rachael and John Duffey of Hudson, Massachusetts. She was the 3rd child in a family of two boys and two girls. In high school she lettered in gymnastics, track, soccer, and cheerleading and graduated from Hudson High School in 1987. She went on to Springfield College to become captain of the Gymnastics Team. She competed at a national level and received many athletic accolades at college, as well as being on the Dean’s list as a business major.

She married Mike Russo, her highschool sweetheart, in 1993 and had two beautiful children, Gabrielle and Domenic. Mike and Maureen were happily and lovingly together for 20 years. She was diagnosed with cervical cancer in 2003 and was treated at Dana-Farber Cancer Institute. In remission for almost 3 years, the cancer returned in 2006. The aggressive form of cervical cancer took its toll on Maureen. Despite her endurance and courageous battle for 6 months, she lost her battle to cancer on December 15th, 2006 at the age of 37.

All through battling cancer twice, Maureen never complained and in fact was more concerned for others than herself. She loved life, and lived it to its fullest (as evidenced by the fact that she had taken her kids to Disney 5 times in 5 years). She adored her children and was dedicated to all her family members and friends. She had an infectious laugh and a great sense of humor as well as the warmest and most giving heart. Maureen displayed courage, perseverance, enthusiasm, dedication, determination, and leadership each day of her all too short life. The quote she selected for her head stone reflected how she lived life.

“It is not how much you do, but how much love
you put into the doing that matters.” – Mother Teresa

Who is Team Maureen?

The Maureen E. Russo Nonprofit Organization was founded as a promise and in memory of Maureen E. Russo, a loving sister, daughter, wife and mother who passed away from relapsed cervical cancer at the age of 37. Maureen’s family and friends founded Team Maureen in 2007, initially as a Pan Mass Challenge cycling team to raise funds for cancer research at the Dana Farber Cancer Institute (DFCI) in Boston, MA. The family and friends has grown to include additional volunteers, foundations, donors, and medical professionals and has become a full non-profit organization dedicated to fighting and preventing cervical cancers and enhancing the lives of those who live with the disease.

Thank you to those who make our work possible